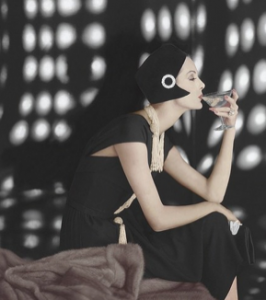 I had not meant to do a section on the subject of the Martini Cocktail however I found an interesting website and article and thought I would share.  There is another wonderful article this week in the FT  https://www.ft.com/content/2d5ded0c-0452-41a1-8bf4-b2660e69e037 which I highly recommend.

Two articles in one week on Martinis!- must be a sign. It made made me remember a time that now seems a very long time ago.

I don’t remember exactly when I  enjoyed my first martini but I do remember the feeling of elegance and sophistication it gave me holding that iconic glass. “Putting on the Ritz” comes to mind.

Sitting at the bar at Le Cafe

I was not a fan at first of the Martini. Certainly it was not the usual drink for me being a vineyard girl. It did though  grow on me and it is the cocktail I enjoy with my dear friend Alison. Many an evening of enjoyment we have had sitting at the NAC Le Cafe bar having the  wonderful Brian perform the art of making a great martini just for us. It always was worth the wait!

There is something lovely about being dressed up and sitting casually catching up with each other while sipping on a martini ( olives for her – lemon for me ( both Vodka – stirred not shaken) and there is always gaiety.

I have always associated cocktails with  something very grown up – like putting lipstick on or dinner parties. What I have come to realize is that the preparation of the martini is a ritual. The beauty of this cocktail is that there are  thousands of nuances. 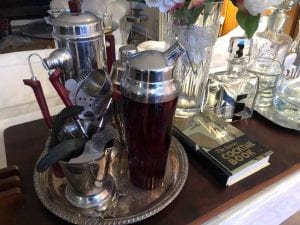 I have had, forever a  wonderful art deco cocktail set that I cherish. I have of course never used it as along with much of my collectibles  I fear to  damage them. However I may well on a summer evening soon be temped to bring it out and have a martini in the garden. Just to  toast being alive.

The Savory cocktail book, that I had never opened until  I took this picture and when one says “cracked open” I believe would best describe the sound made upon opening this fine book. Somewhat concerning to me but tried to push it to the back of my mind.

After reading some pages I do not nor will I ever try to attempt this fine art of mixology.-

I am content to sit at the bar and let Brian perform the ritual while I watch in anticipation. 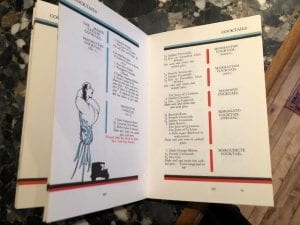 The Article of Interest

I happened upon this amazing site /and this article about the martini. Oddly it is a male site called Alpha Men Asia – redefining man  https://alphamen.asia . This is a great site full of lots of great info – travel- food – technology -health…etc…

The Drink: The Making of an Icon

Maybe you’re a beer drinker, or a wine sipper, but it can never hurt to know your way around both sides of a cocktail bar, and a working understanding of the iconic Martini is where your education should begin.

Never has the world witnessed such a potent symbol of sophistication, elegance, and power as the Martini. And yet to many people, especially the ‘Ale Club’, exactly what is in a Martini is still a mystery.

We all recognize it as the Dutch courage that kept James Bond spying, the delicate if not potent drink of celebrities in years gone by, and, being that it was sipped from Westminster to the White House, quite possibly the deciding factor in many political decisions. But its potency lies not only in its delicate distiller’s extraction but also in its timelessness; as a symbol that has survived while so many have fallen to the ranks of nostalgia.

For those too embarrassed to ask, contemporary Martinis are taken in two forms, their base spirits being either gin or vodka. Then add a dribble of vermouth and a little bit of magic, and you have the cocktail that has had the world glassy-eyed and smiling for decades.

Of course, like all symbols that claim celebrity status, things suddenly become so much more complex, and the perfect dimensions, not to mention the ancestry of this elusive substance, are still in heated debate. 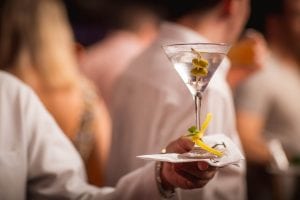 “The finest of all cocktails. Subtle, potent, and a wonderful aperitif, it even has good looks,” said Michael Jackson (not the one you’re thinking of) in his classic tome The Bar & Cocktail Book. In it, he claims the origins of the Martini lie in the hands of a bartender at New York City’s old Knickerbocker Hotel, who invented the drink for John D. Rockefeller back in 1911.

Of course, it’s no surprise that an American is attributed with such a momentous discovery, although he does admit that Rockerfeller preferred the use of sweet Italian vermouth, rather than the bone dry variants popular today.

Mixologist Alexander B. Struminger wasn’t so sure about America’s claims to the modern-day Martini. He admits that while the US made the martini famous, there are still stories of its inception from Germany, Italy, France, and of course, England, the home to pomp and lunchtime drinking. “It seems therefore appropriate that the origins are obscured by the horizon of time and the story shrouded in myth and legend,” he concedes. 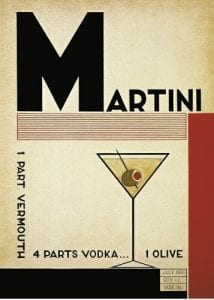 In fact, in his book Martini, Strumminger says that the cocktail was probably conceived in Martinez, California in 1870, where it was concocted by a bartender with too much time on his hands. This town, like every in the state, has seized its opportunity for gratuity and claims itself the birthplace of the martini (and forever may it be a place of pilgrimage).

Whatever its origins, the Martini is ever-evolving. Old Tom Gin was replaced with dry London style gins such as Gordon’s or Tanqueray (Bombay sits in a style of its own), and Martini & Rossi extra dry vermouth became synonymous with the modern-day ‘silver bullet’. Olives, lemon twists, cocktail onions, even jalapenos found themselves drenched in this socially rationalized inclination, and the Martini became the Vodkatini, the Cosmopolitan, the Espresso Martini, the Saketini, the Tequilatinis, the Vesper, and the Manhattan.

Now, with small-batch gin and vodka distillation in vogue, bartenders will continue to present new and exciting variations on the theme.

Everyone has their way of drinking this little piece of history, and none more so than Agent 007, James Bond. “I never have more than one drink before dinner. But I do like that one to be large and very strong and very cold and very well made. I don’t like small portions of anything” says Bond in Casino Royale (the book, not the movie).

Whichever way you like your Martini – shaken, stirred, sweet or neat – the Martini will forever have a place in society, where sociality, politics, and sophistication can be summed into one 2oz. V-shaped glass, with a twist of ripe charisma.

Subscribe to our newsletter to get the latest blog posts, featured properties, open houses and much more delivered right to your inbox! 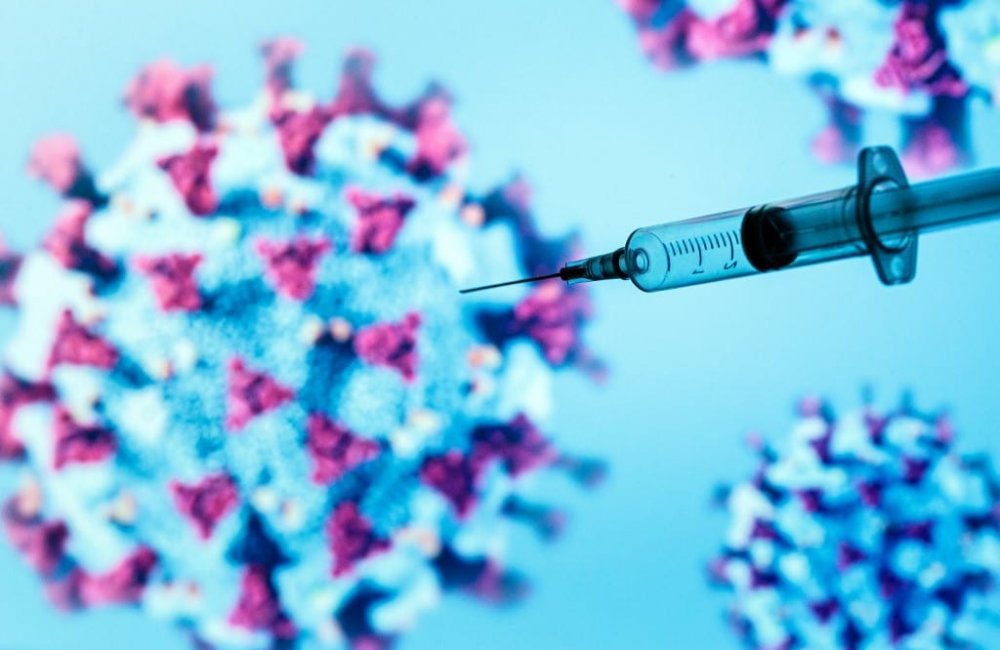 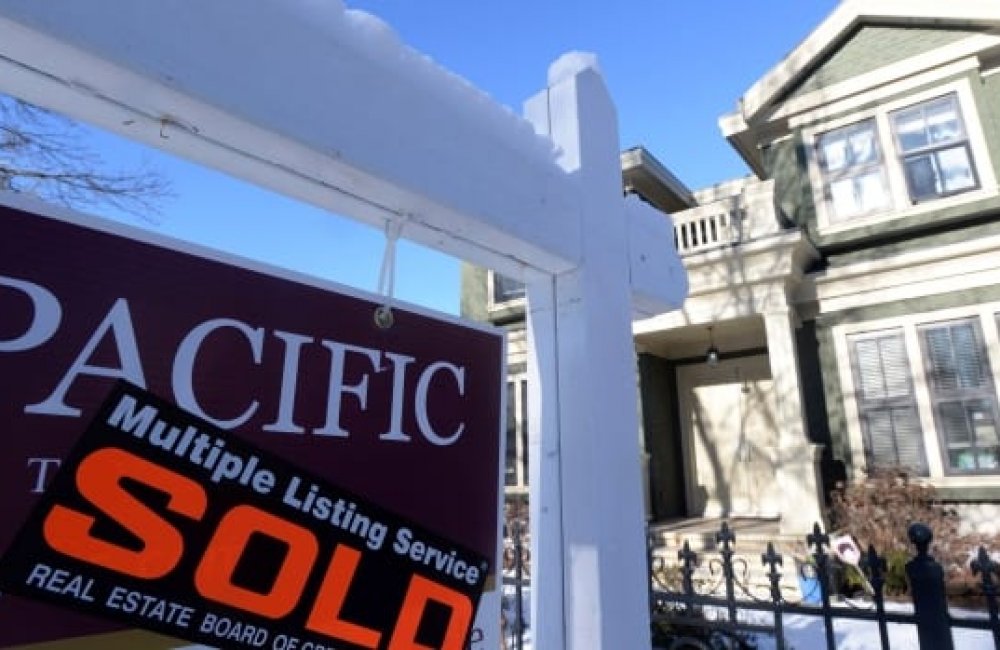 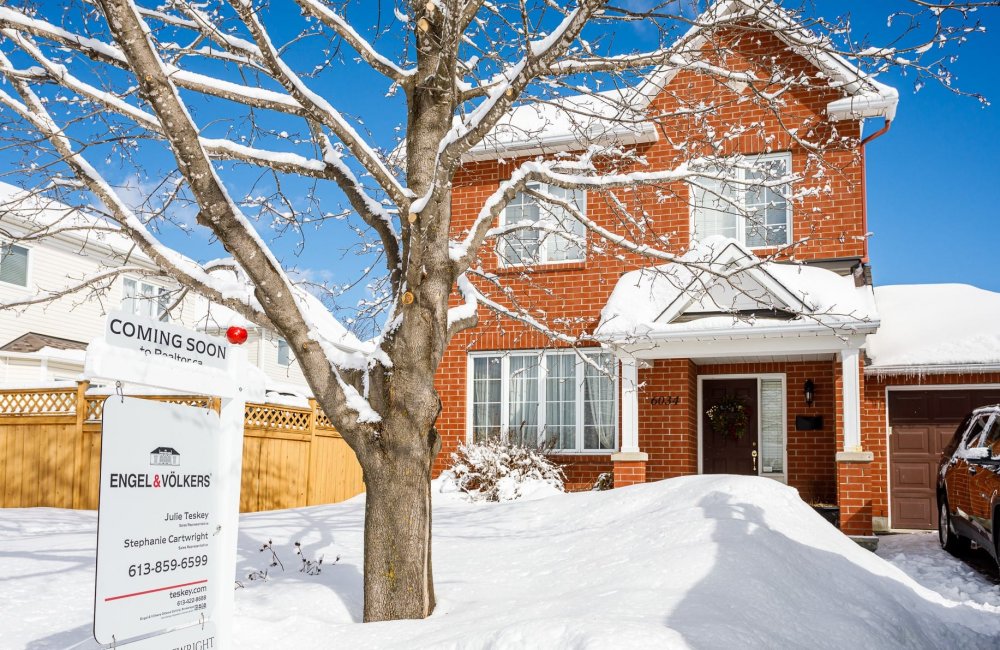 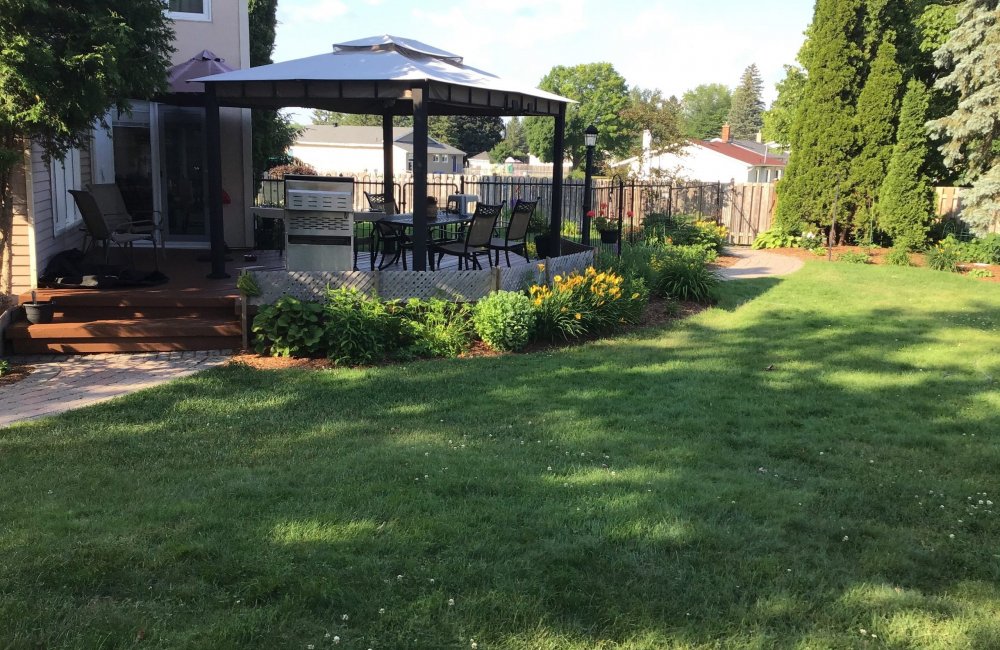 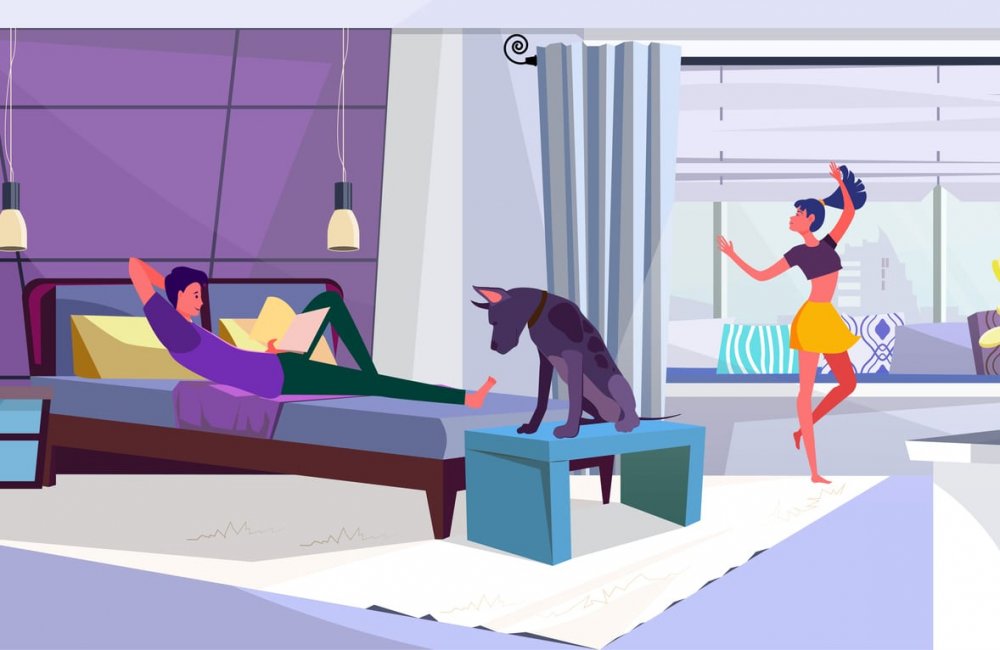 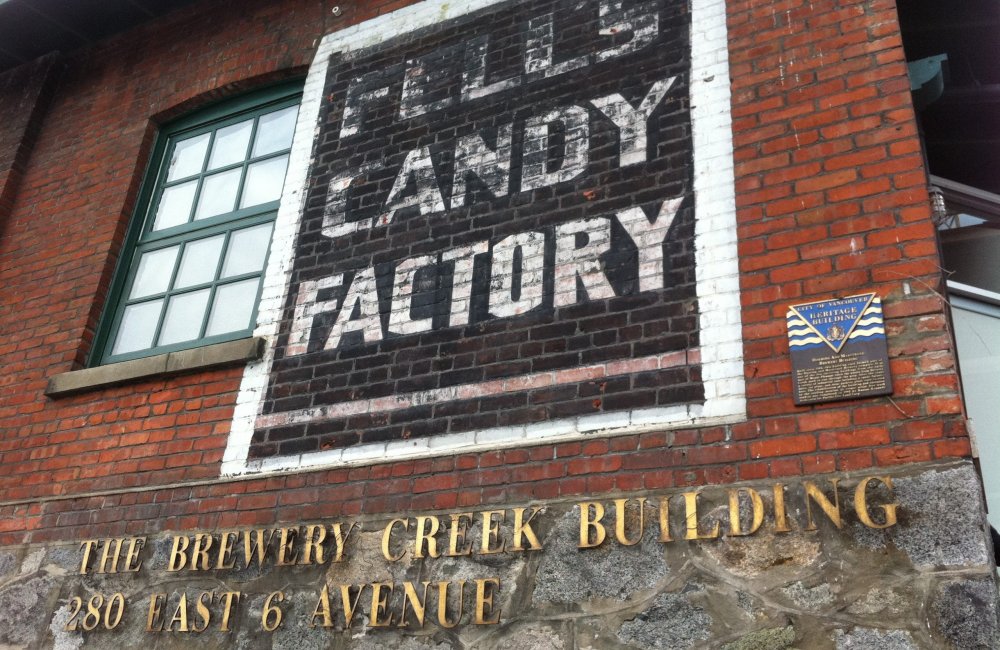 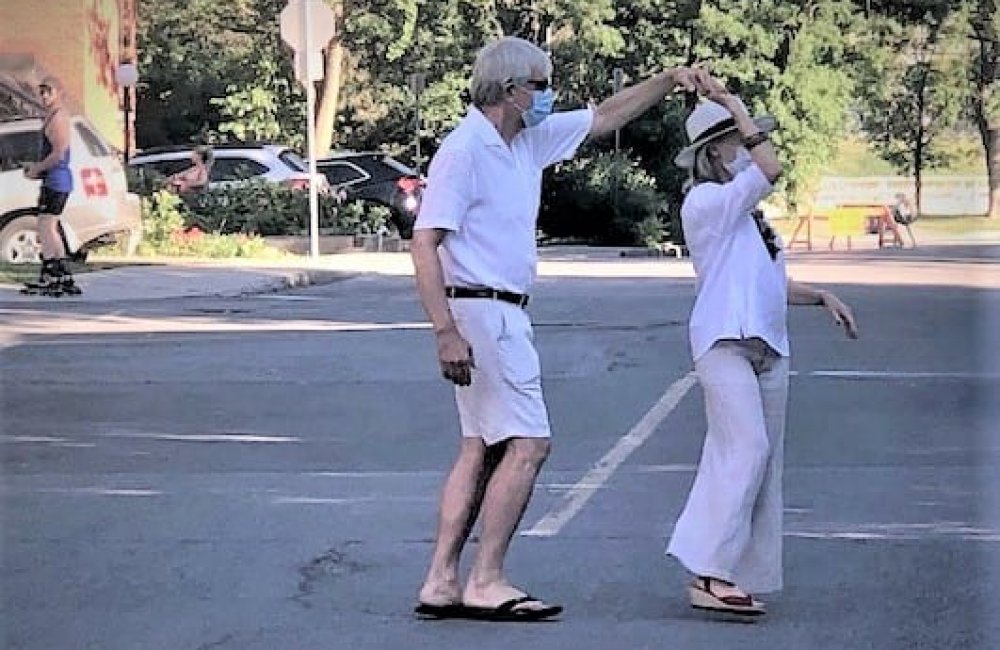